Hospitals and healthcare workers can benefit enormously by replacing the myriad of devices carried on shift with a single, consolidated smartphone. A single device will allow healthcare professionals to communicate, manage administrative and clinical tasks, view test results and X-rays, access electronic medical records (EMRs) and more. They can also include nurse call and duress functionality, effectively replacing every other device on the healthcare worker’s toolbelt.

Connected Health recently conducted a webinar to gain insights from experts who have deployed smartphone technology in their hospitals regarding key considerations for the implementation. The panellists were:

According to the panellists, there are seven key elements to consider when implementing smartphones in hospitals:

Most hospitals need rugged devices that are easy to clean and can withstand drops. They must be compatible with the clinical applications that the hospital uses and they should include a screen big enough to view those apps clearly and easily.

Adrian Hutchinson said, “We ran a proof of concept in the Koala Ward, a cardiac unit at the hospital. The Spectralink Versity devices received overwhelming support from the nurses.”

At the Royal Women’s Hospital, a different device was already in use, and it had disappointed the users with numerous issues. After borrowing some Spectralink Versity devices from Royal Melbourne Health, the hospital decided to switch platforms.

Neil Cook said, “We trialled the Spectralink phones for a month with no problems. Because there were no issues at all, we procured these devices to replace the old ones.”

At ACT Health, duress functionality was a key requirement. The team wanted to avoid any confusion and didn’t want staff members to have to carry a separate duress device.

Patrick Premnath said, “Staff members were carrying a radio, mobile phone, and a pager or two; this was too much. The duress functionality worked so well that the focus became implementing clinical apps into the duress application rather than the other way around.”

3. Assess the network for adequate coverage

Using wireless devices for voice and data communications as well as paging and messaging, accessing clinical and non-clinical apps, and more, can put significant pressure on legacy networks. Having a reliable Wi-Fi network with few dark spots is essential.

Neil Cook said, “When moving to IP telephony, we conducted third-party testing of the wireless network and received a raft of recommendations to improve voice handoff from access point to access point. In the process, we turned the Spectralink Versity devices into network sniffers to gain visibility into what’s happening across the entire hospital.”

Hospitals use a variety of systems that smartphones must interoperate with to deliver value. For example, duress systems, security systems, and fire panels need to be integrated, as well as clinical systems such as EMR.

Managing devices without having to physically handle them is a significant productivity benefit and time-saver. A MDM tool lets hospitals set profiles according to different users’ needs and ensure that the devices are locked down as needed, updated and patched regularly, and delivering the functionality that’s required.

Adrian Hutchinson said, “The MDM solution made life easy by giving us the flexibility to change things on the fly and accommodate the different profiles that are required across a range of different roles.”

Neil Cook said, “We were using MDM prior to deploying the Spectralink handsets and the integration was seamless with assistance from Wavelink. We have locked the smartphones down to five apps that the clinical staff use, and we’re trialling the voice component with a view to rolling it out in 2022. Pushing out different profiles and updating devices now takes just five minutes and is done completely remotely.”

Change management has been relatively easy for these experts, with staff members keen to adopt the new devices. Giving users a chance to play with the devices before the official rollout yielded strong acceptance, and even users unfamiliar with the Android operating system quickly found their way.

Patrick Premnath said, “Users took a day or two to get used to the devices. Most staff were keen to use them and became proficient quickly.”

Being able to use analytics to understand where the devices are being used and where they haven’t left the chargers lets hospitals determine which departments require more training or simply don’t need the devices, improving device utilisation.

7. Choose a purpose-built device rather than a consumer device

While it may be tempting to purchase an affordable consumer-grade smartphone, all panellists agreed that a purpose-built device was far superior.

Neil Cook said, “We needed a solution that could incorporate everything in a single device while meeting infection control needs, working well on a wireless network, being easy to use, and configurable without touching the device. A consumer device wouldn’t have worked.”

Adrian Hutchinson said, “Uniformity was key when it comes to support and providing role-based devices. We have gone from carrying 3,800 devices across the hospital to less than 1,000 devices, which is a strong economic argument for a single device.”

Patrick Premnath said, “The devices must have durability in the hospital environment. We needed something rugged and able to keep up with the latest apps. Robustness was very important and we still drop-test the devices in the office every now and then.”

Connected Health has helped hospitals around Australia consolidate down to a single smartphone device. To find out how you can de-risk the implementation of smartphones in your hospital, contact the team today. 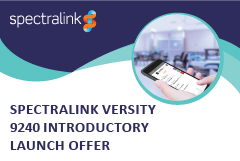 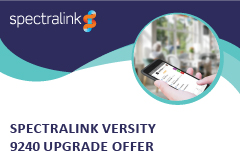